BEHIND THE CURTAIN OF NON-LEAGUE & GRASSROOTS FOOTBALL | Gary Parker

This video is the one for any student, journalist, or key worker within English football! Nick Donnelly sits down with Gary Parker, who provides one-of-a-kind insight into how important football clubs like Charlton Athletic are to their local community!
Gary Parker, the director of one of the largest community and business consultancies in the UK, has been in around the industry for nearly 20 years.
When it comes to community funding and sport, there is very few better experts to hear from! Listen to Gary and Nicks discussion on Marcus Rashford, as the Manchester United forward continues to single-handily battle child poverty. https://www.youtube.com/watch?v=9Kb1W…

This week’s guest is Mexican/American youth soccer visionary. Rudy Ybarra is a retired American soccer forward who played on the pitch alongside greats such as Pelé and George Best. Nowadays, he’s head coach at Ventura County Fusion, where he’s won multiple coaching awards.
This week we talk about: Beckham’s impact on the MLS, Rudy’s playing career at the LA Aztecs, his experience playing at Highbury, the development of the Western Soccer League, playing against Aberdeen whilst Sir Alex Ferguson was in charge, how European coaches are better than Americans, England getting lucky at the world cup and his coaching experiences
Rudy’s Facebook: https://www.facebook.com/rudy.ybarra.965

Carly is the Co-Founder and Chairman of Phoenix Sports & Media Group. Carly has worked for some of the UK’s top law firms representing many high-profile stars. She has worked across a variety of sports including Formula One and football.
We talk with Carly about the ethos and work of Phoenix, players mental resilient and toughness, the exploitation of players, financial education and financial investors targeting players, the responsibilities of governing bodies to look after players, the positive Continental European system, the processes of footballer’s divorces, predatory woman, the negative perception of footballers, the support needed for players and mental health.
Phoenix Sport & Media Group: https://www.psm-group.co.uk/
Phoenix Instagram: @psmgroupuk
Mental Health Awareness: https://www.mind.org.uk/get-involved/…

This week we talk to the managing director of CNT Associates. Gary has two decades’ experience of consultancy, training and management development services and has hands-on experience working with the community, public and private sectors.

We talk with Gary about the work Marcus Rashford has done and the actions of the government, financial education for clubs, leadership, footballers’ perception of money, the millennials approach to work, the challenges of being self-employed and the post corona virus reality of volunteering.

This week’s guest is a former first-team chief scout with 20 years of experience working in the Premier League with clubs such as Charlton Athletic, Blackburn Rovers, and Middlesbrough FC.

Colin Chambers is currently a Co-Founder of International Professional Scouting Organisation, which provides high-quality scouting courses. Find out more about it here https://ipsofootball.com/

We talk to Colin about the job of a performance analysts and how they differ from a traditional scout, the importance of experience when scouting players, errors made by scouts, advice to those looking to get into scouting and IPSO and the extensive after-care they give.

Rudy Ybarra | On The Problem with Millennial Athletes

This week we interview Rudy Ybarra, who is a retired American soccer forward who played professionally in the North American Soccer League and Western Soccer Alliance. He’s been on the pitch alongside greats such as Pelé and George Best.

Nowadays, he’s head coach at Ventura County Fusion. Ybarra has been recognised by Cal South, the governing body of youth club soccer in Southern California, as the Nike Competitive Coach of the Year in 2013, 2015 and 2017.

In todays episode, we discussed the parents role in a players development, cultural differences, coaching methods and commitment.

John McCluskey | On the difference of the philosophy between Rebook, Nike & Adidasalists

This week we interview the man who pioneered Reebok into professional football.

John McCluskey gives us an insight into his 20+ years of sports marketing experience.

Throughout his career, he worked with the giant sports organizations including FIFA, NFL, NBA, MLB, MLS, EPL.

We talk with John about:

– an insider view on Rebook and its competitors

– the difference between American and European football fans and players

Our guest talks about:

– tips on how to start a career in journalism

Rudy Ybarra | On what makes a great footballer

We interview Rudy Ybarra about:

– his playing career in the North American Soccer League (NASL);

– the influence of George Best on his career;

– why George Best, Franz Beckenbauer and Johan Neeskens moved to the NASL in their prime;

– problems in contemporary football, including the double standards in football created by the media.

Hans Segers | On the challenges of being a goalkeeper

As a player, Hans spent eight years with Wimbledon where he featured in the Premier League.

He also played in England’s top flight for Nottingham Forest and Tottenham Hotspur.

Hans had spells in the Netherlands with PSV Eindhoven and in Scotland with Dunfermline Athletic, and in the Football League with Sheffield United, Stoke City, Wolverhampton Wanderers.

After retiring from his playing career, Hans became a goalkeeper-coach: first – in Tottenham Hotspur, then – Fulham and later – the Australian National team.

We interview Hans about:

–  why Brian Clough was misunderstood by the media

Colin Chambers | On being a professional scout

This week’s guest is a former first-team chief scout with 20 years of experience working in the Premier League with clubs such as Charlton Athletic, Blackburn Rovers, and Middlesbrough FC.

Colin Chambers is currently a Co-Founder of International Professional Scouting Organization, which provides high-quality scouting courses. Find out more about it here https://ipsofootball.com/

We talk with Colin about:

– how to become an exceptional scout,

– how IPSO is going to innovate player recruitment not as we know it,

– a new generation of scouts and much more. 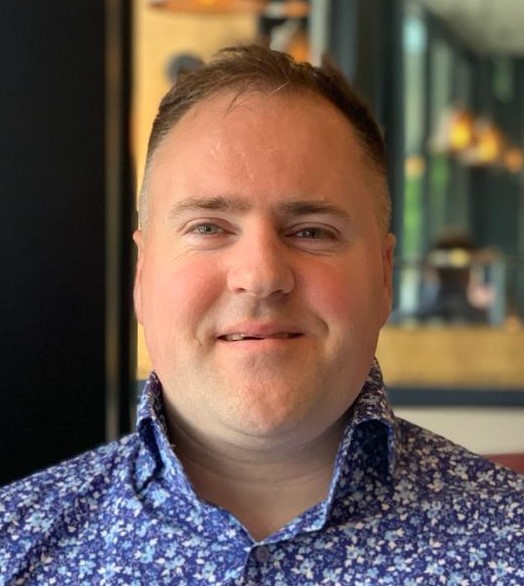 Nick Donnelly is the CEO & Founder of the Continental Aspire Soccer – the professional football academy launched in 2018.

Nick has the passion for football since his childhood. He started his professional football career with Bangor Boys Brigade and then progressed to Ards Rangers and Bangor F.C. Nick then moved to the boyhood club Linfield F.C.and DC United in the MLS. Nick’s professional career has ended in 2003 as the result of injury.

In the later years, Nick moved to the football player recruitment and coaching for leading clubs in England, Scotland, Spain, Belgium, Holland, France, Greece and Italy.

I am a Parent or Legal Guardian

I want to register a player as parent or legal guardian

I am a Player

I am a Parent or Legal Guardian

I am a Player

From Sunday to Friday

From Sunday to Friday

During the camp, you will be assessed on your skills, and if successful – you will be invited to proceed to the next stage.

This website uses cookies to improve your experience. We'll assume you're ok with this, but you can opt-out if you wish.

Any cookies that may not be particularly necessary for the website to function and is used specifically to collect user personal data via analytics, ads, other embedded contents are termed as non-necessary cookies. It is mandatory to procure user consent prior to running these cookies on your website.